My New Book Cover is Born!

I haven't written on my blog for a few months because I've actually been doing what you want me to do - finish another book. I'm pleased to announce I signed with The Wild Rose Press again for a new Regency historical called HOW TO MARRY A ROGUE. 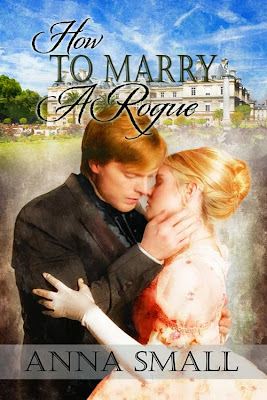 The release date will be sometime next year, and I'm in the middle of my editor's revisions and changes as I write this. Here's the story in a nutshell:

A trip abroad with her aunt is just what Georgiana Lockewood needs to forget her failed engagement.But her guardian brother insists Jack, his childhood friend, accompany them for protection.She enjoys renewing their friendship, but new emotions stir to make Georgiana question her resolve to remain single and independent.


His parent’s destructive marriage and a bitter grandfather have hardened Jack Waverly’s heart.He vows to remain a bachelor and never give up fighting or gambling.But that was before his trip to France.Mischievous Georgiana has grown up and is turning heads of various suitors.Jack has promised to protect her from all the men vying for her attention, but could he be the biggest threat?


Posted by annasmallbooks at 8:07 PM