I am thrilled that The Wild Rose Press will be releasing HOW TO MARRY A ROGUE on May 4, instead of late summer. To celebrate, I will post about the Regency period until the big day. Look for sneak peeks, character interviews, fun facts, and the background to this story.
Let's begin, shall we?
The Regency period is specific to England, as it encompassed the "regency" of Prince George, later to become King George IV, from the years 1811-1820. This basically means he ruled on behalf of his father, the "mad" King George III, known to Americans for being the tyrant Thomas Jefferson railed about in the Declaration of Independence. 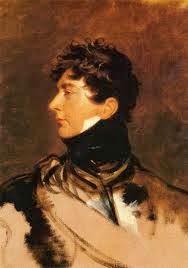 It's a popular time period for authors and movie makers, since Jane Austen was a central figure during this period. If you love a good novel or a classic movie, read or watch any of her stories. My favorite is Pride & Prejudice, which you probably already know if you've read my blog. I think of it as a classic "Beauty and the Beast" story, because Mr. Darcy is transformed by the end. 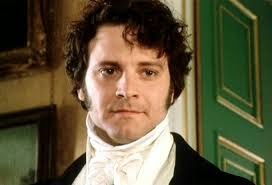 The way of life, clothes, manners, and customs are unique to this period. The "empire" waist gown (the bodice ended at the lower part of the bosom instead of the waist) changed the female form, although the disfiguring corset was years ahead into the future. Men also changed from fancy silk coats and pantaloons to breeches made of buckskin, and riding boots became the daytime height of fashion.
The country life grew in popularity, with outdoor sports, hunting, picnics, etc., becoming the "in thing" for the rich folk. It's fun to write books during this period, because the characters have a variety of things to do. Country balls (called Assembly balls because they were in a common building called an Assembly Hall), garden parties, picnics, riding, archery, and other games and diversions were great entertainment. I can have a heroine be an accomplished rider or talented pianist. A hero can look dashing seated on his horse during a hunt (no foxes are ever harmed in my books!), or elegant in his cream-colored silk cravat and embroidered waistcoat at an elegant salon in London. 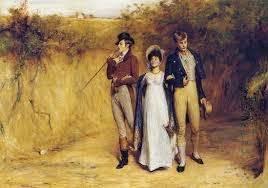 I hope you enjoyed this little peek at the Regency! Next blog will be an interview with the heroine of the story, Georgiana Lockewood. She's beautiful, smart, and a little too stubborn about getting what she wants. Lucky for her, our hero is in the right place at the right time!
Posted by annasmallbooks at 12:50 PM