Win a FREE Paperback of How to Marry A Rogue!

I'm back from a well-deserved and much appreciated cruise with the family, and am ready to jump back into the writing world again! My new book is being promoted on Goodreads.com, so go over there if you haven't signed up already (it's free) and you may win a free, signed copy of my new book.

I'm currently working on a brand new historical romance for my publisher, The Wild Rose Press. It's for their new, upcoming series called Lobster Cove! Be prepared for hot contemporaries, sweet inspirationals, scary paranormals and thrillers, as well as historicals by yours truly! My story is set during the original British invasion of America's shores during the War of 1812. With shorter novellas, you will be able to read a variety of books by my fellow "Roses" in a shorter time.

My story involves a young widow living in the past who finds a half-drowned man on the beach who may or may not be the enemy. Set against the backdrop of war and suffering, can Abigail and William find a future together? 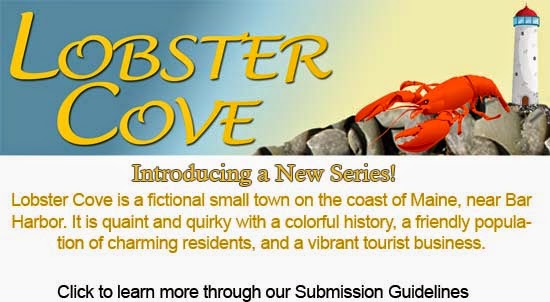 Want a sneak peak? I thought you would....


“Can you hear me?” Abigail leaned close to the man, half alive, yet closer to death by the feel of his cold skin and weak pulse. “Squeeze my hand if you can hear me.”
The broad fingers remained lifeless in her palm. She gently chafed his hand between hers, careful of the skin, made delicate from exposure. She returned it beneath the quilt to rub his other hand. It was impossible he could have survived overnight on the beach. Being in the sea as long as he obviously had was bad enough, but the exposure he'd suffered during the night was nearly unbearable to think about. The idea he was a spy crossed her mind again, but she forced the thought away. Spy or not, enemy or not, she had a responsibility to help him. Was it not her beach the sea had thrown him upon?

His eyelids flickered. He had not spoken since collapsing on her floor. She squeezed a few drops of water from a rag onto his lips. They twitched, but he remained nearly lifeless, as before.

If only she could go to someone for help. Her sister-in-law was a respected healer, and Mrs. Cross knew some remedies, but she couldn’t risk exposing him. His plight was in her hands.

More to come later!
Posted by annasmallbooks at 12:20 PM