Mini read - the "prequel" to Taking A Chance On Forever

I wrote this novella intending it to be a "free read" on Bookstrand's site, but they don't do them! This is the story of how Sara and Brent meet and fall in love. Incidentally, they are the children of the main characters in Taking A Chance on Forever. Please leave a comment or "follow me" on my blog and I will enter you in a fun contest to win a $10 Amazon.com certificate!

TAKING A CHANCE ON FOREVER - New release on March 15!

I'm so excited to announce the upcoming release of my sole contemporary romance, Taking A Chance on Forever. Bookstrand publishing is doing the honors. Here is the beautiful cover - 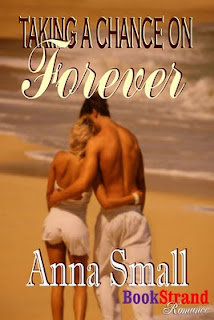 There's an excerpt on Bookstrand's site, and after the release, I will be posting an EXCLUSIVE mini-novella featuring the main characters' children, who are the main reason Kate and Dan get together in the first place! There are 2 love stories in this book, and I hope everyone enjoys it as much as I did writing it.