Five years ago, mail-order bride Laurel headed west to marry a man she had never met. Nervous about her decision, she was relieved when it was love at first sight when she met her future groom at the end of her journey.

Garrett Kincaid didn't realize until too late that his brother's new bride mistook him for her husband. Before they reached home, they were both deeply in love. Betrayal and a life-changing secret drove Garrett away, and Laurel had to face the consequences.

But now Garrett's back. And he wants the same thing he did five years ago: Laurel's heart. 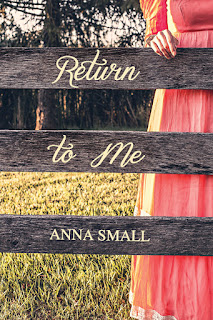 Special Bonus: An Unexpected Bride, a short and sweet novella. Widower Josh Harding thought he was picking up a package for his daughters when he arrived at the depot. Little did he know that his daughters ordered something for him that he never expected. 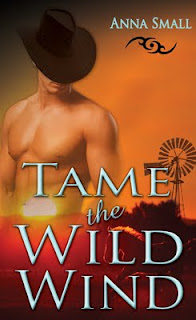 Spirited Cassie Gibson journeys west to the New Mexico ranch she inherited from her father.  She is dismayed to find a hard-edged, blue-eyed stranger already staking a claim to her land.  Since neither of them has any money to fight in court, they are forced to become reluctant partners.

On the run for a crime he didn't commit, Jed Hazard only wants a quiet life.  But Cassie's arrival changes everything.

Now available in digital or paperback from The Wild Rose Press!

Jed counted the knotholes in the uneven wall boards. Twenty-one. Two spiders roamed across the wall. One went to the left, and the other disappeared through a crack. He knuckled his sore eyes. Sleep wouldn’t come, no matter how hard he tried.
Ma had always told him to count sheep. He closed his eyes and pictured fluffy white animals.
Lambs and ewes. Rams and ewes.
With a groan, he kicked off the quilt. The bed was too warm with both of them in it. How had
the Fosters managed to share such a small bed? He lay on his back, his side pressed along the
back of his wife’s body. He began to sweat from the new contact he’d created. He could feel the
curve of her bottom and thigh pressed to him. He tried to think about the cattle’s arrival, but his
body betrayed him. All the blood in his head seemed to have disappeared, forming instead in
the center of his groin.
“Spring roundup,” he muttered. He pictured calves and fat cows, and tried to calculate how
much money they’d bring. But the thought of cows brought the thought of bulls, and he tossed
restlessly.
Cassie turned in her sleep. Her arm flopped over his side, her fingers closing around his
bicep. He gingerly took her hand and dropped her arm behind him. She spooned around him,
nuzzling her face into the back of his neck. Her arm slipped over him again, to settle on his navel.
Choking in surprise, Jed turned over and pushed her gently away, rolling her so her back
was to him again. Her hair was a cloud of tangled curls on the pillow. Swallowing back nerves, he
tentatively stroked a long curl, wrapping it around his finger and then closing his hand over
it. Her bare shoulder glowed faintly in the dark room. He released her hair to touch her skin.
When she didn’t awaken, he skimmed his fingertips down the length of her arm. Soft and
silken. Just like he’d imagined she’d feel. She fumbled in the dark, still asleep, and grasped his
hand. Sighing deeply, Jed settled behind her and closed his eyes, his fingers locked with hers.